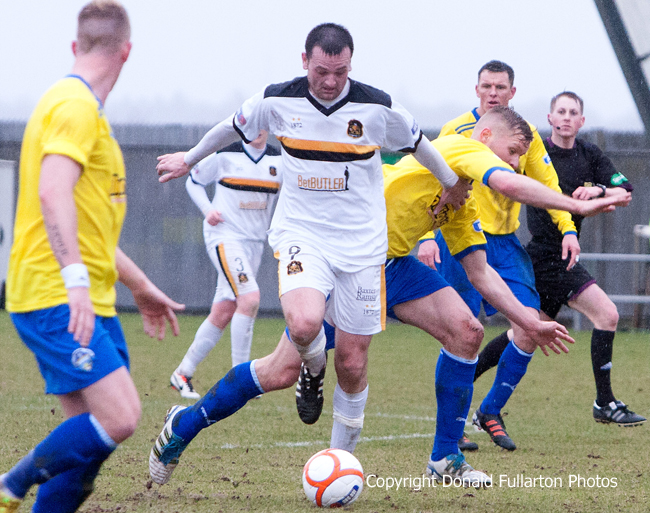 Previous
Next
DUMBARTON hosted Irn-Bru Scottish League first division leaders Morton at the Bet Butler Stadium on a cold wet afternoon, and were never at the races against Allan Moore's men.

A crowd of 1,241 saw the title challengers outclass the basement battlers with a conclusive 3-0 victory — the reverse of the surprise scoreline when Sons triumphed at Cappielow a few weeks ago.

The visitors took command from the start, and never relinquished their grip on the game against a Sons side which lacked penetration in the absence of suspended striker Jim Lister.

Morton opened the scoring after 30 minutes when Michael Tidser netted a magnificent 25 yard shot, and soon after veteran Martin Hardie added no.2 with a flying header. Keeper Stephen Grindlay had no chance with either goal.

The second period did not bring the expected Sons revival, with the leaders staying in change but having to wait until the 81st minute before Peter MacDonald headed home a Colin McMenamin cross.

The picture shows Garry Fleming starting an attack in midfield.
Next
Previous