DANCING IN THE STREETS OF RAITH?

09/04/2013
DUMBARTON'S battling performance went unrewarded when they lost this evening match at home to Raith Rovers 2-1. 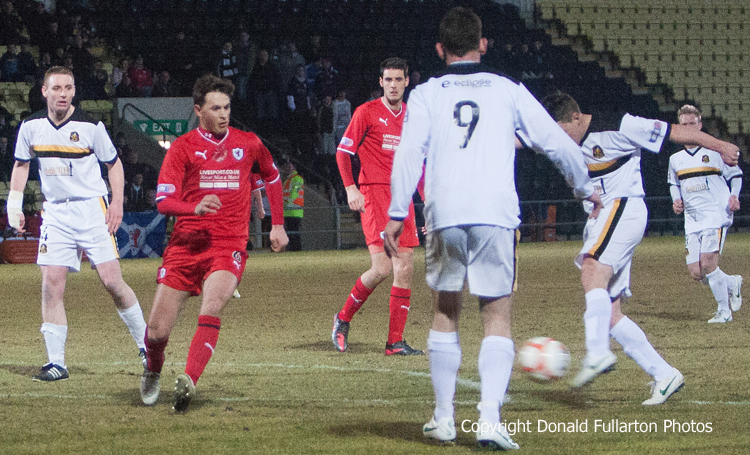 Previous
Next
DUMBARTON'S battling performance went unrewarded when they lost this evening match at home at the Bet Butler Stadium to Raith Rovers 2-1.

Both sides were desperate for the three points to keep them clear of the play-off slot in the first division, and there was no shortage of effort or excitement in a very close contest.

The visitors opened the scoring through Greig Spence after a mix-up in the Sons defence, and this proved to be the only goal of the first half. Sons had several chances and might well have had a penalty when Bryan Prunty was pulled down in the box, but could not make their pressure count.

After the break it was end to end, and in the 70th minute a superb volley by Mark Gilhaney on the edge of the box zoomed into the net for the equaliser (pictured).

Both sides threw caution to the wind in search of a winner, and it came five minutes later for Raith when top striker Brian Graham netted from a fine cross after a breakaway.

The home side tried hard for a second equaliser, but it was not to be. Their consolation was that another defeat for Airdrie United meant that they can no longer catch Sons, who therefore avoid automatic relegation.
Next
Previous