04/05/2013
DUMBARTON and Partick Thistle fans partied throughout this final match of the season in front of a large crowd at the Bet Butler Stadium. 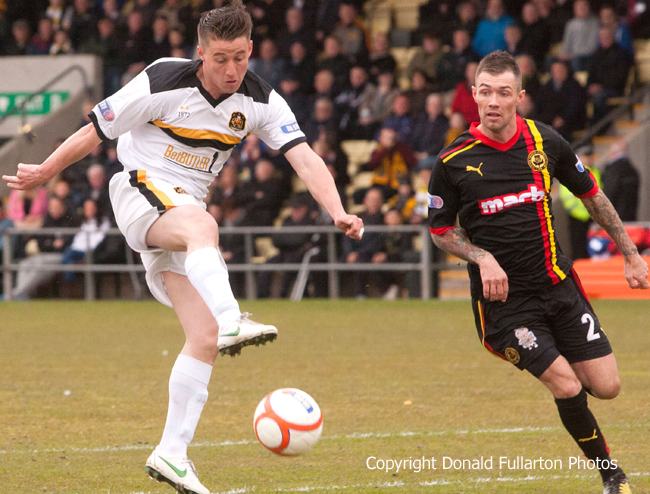 Previous
Next
DUMBARTON and Partick Thistle fans partied throughout this final match of the season on a grey day in front of a large crowd at the Bet Butler Stadium.

Alan Archibald's men and their large travelling support celebrated winning the Irn-Bru Scottish League first division title and promotion to the premier league, while Sons delighted in finishing in seventh place in their first season after promotion.

"Sons are staying up" was the almost constant chorus from the home suppport, while "Championees" rang out from the other end.

The match was competitive and entertaining, but lacked the edge of recent more vital encounters, and neither goalkeeper was busy.

Dumbarton's two best chances, one in each half, fell to Scott Agnew, but his first half shot after a fine break was saved by keeper Glenn Daniels and his second half effort hit the post and bounced out. At the other end Kris Doolan and Chris Erskine both came close.

The game ended without a goal, and then both teams went to salute their respective bands of fans.

Seventh place and 43 points was a great return for new manager Ian Murray, the former Hibs and Rangers player, after taking over in November when the team had amassed only five points.

The picture shows Mark Gilhaney controlling the ball.
Next
Previous