13/07/2013
DUMBARTON played well despite losing 4-3 to premier division Partick Thistle in a sun-baked but high tempo pre-season friendly at the Bet Butler Stadium. 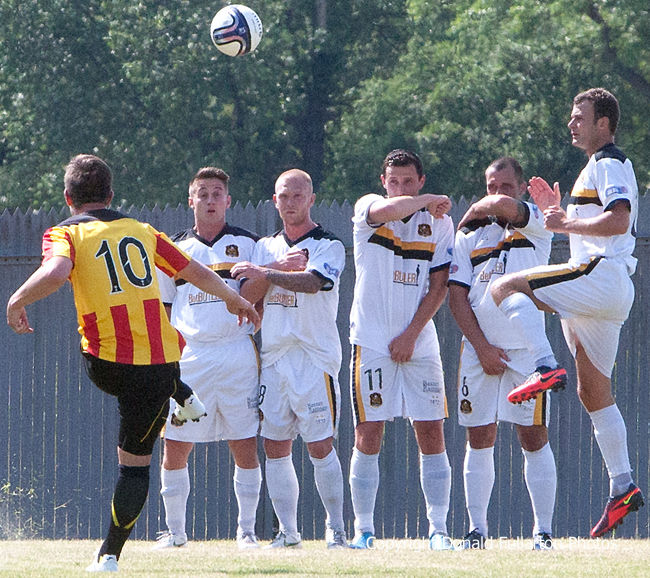 Previous
Next
DUMBARTON played well despite losing 4-3 to premier division Partick Thistle in a sun-baked but high tempo pre-season friendly in front of a good crowd at the Bet Butler Stadium.

Sons boss Ian Murray fielded striker Kevin Smith, formerly of Queen of the South and signed shortly before the game, and trialist defender Ross Smith of Dundee United, who was loaned to Peterhead last season.

With Scott Smith at no.5, that made it three Smiths in the team, which produced some musical jokes but was not a record, as three members of the Parlane family from Rhu played for the Sons a good many years ago.

Mark Gilhaney headed an early goal for Sons from close range, but the very pacey visitors dominated the first half and were 3-1 up at half-time with goals from Steven Lawless, ex-Son Ross Forbes, and James Craigen.

The home side played much better in the second half, which featured numerous substitutes on both sides. Gilhaney set up Scott Agnew to score Sons second, but Jags trialist Mark Kerr restored their two goal advantage.

The impressive former Aberdeen player Mitch Megginson, another recent signing, netted Sons third goal, but they could not find an equaliser before the end of a stamina-sapping test for both teams.