STRANRAER KICK SONS OUT OF CUP

27/07/2013
DUMBARTON went through their usual early season ritual of going out of the Ramsdens Cup when they visited sunny and humid Stair Park, Stranraer. 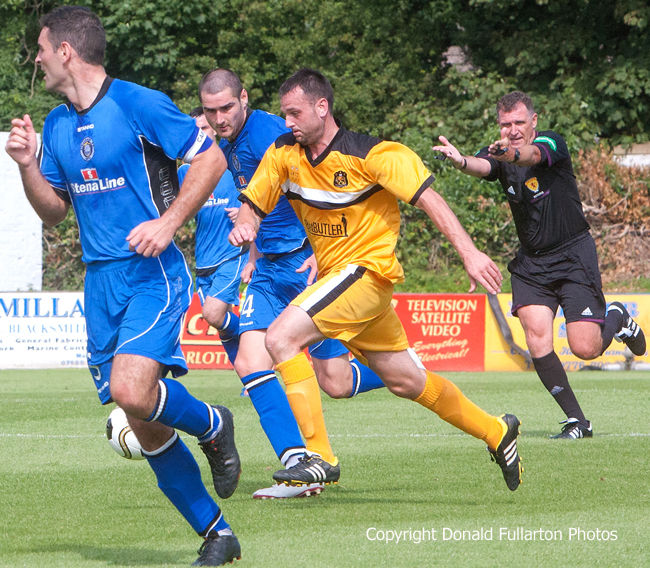 Previous
Next
DUMBARTON went through their usual early season ritual of going out of the Ramsdens Cup in the first round when they visited sunny and humid Stair Park, Stranraer.

Sons have never won a match in the Ramsdens Cup, and it was 2003 that they last won a game in this competition which does not involve premiership clubs. Manager Ian Murray responded by putting out a strong team to face the side from a division below.

The first half proved to be a cracking contest, with the home side starting well and the visitors then taking control. Midfielder Sean Winter — later to be deservedly named man of the match — netted the opener after 10 minutes, but Sons drew level after 26 minutes when a Kevin Smith effort hit the bar and Garry Fleming netted the rebound.

Just before the break new striker Smith put Sons into the lead when he lobbed the home keeper, to give the visitors a 2-1 interval lead.

In the second half it all went wrong for the Championship side as they were pedestrian in attack, second to most challenges, and dreadful in defence. And when Winter set up Martin Grehan to equalise, the writing was on the wall.

As Sons wilted, their hosts got better and better. Goals had to come, and in the 83rd minute Chris Aitken drilled a low shot past unsighted keeper Jamie Ewings. Shortly after he added another from the penalty spot when Andy Graham was adjudged to have handled in the box.

The picture shows Sons best attacker on the day, Garry Fleming, charging past defenders.
Next
Previous