10/08/2013
DUMBARTON got off to a satisfactory start in the new SPFL Championship with a draw at home to promotion-hopefuls Falkirk. 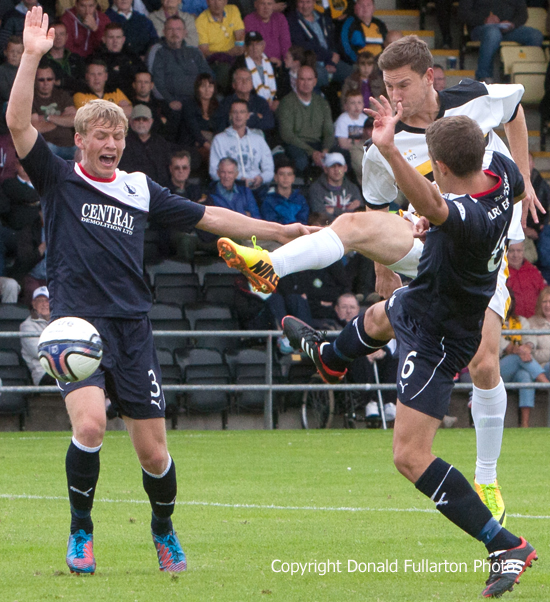 Previous
Next
DUMBARTON got off to a good start in the new SPFL Championship with a draw at the Bet Butler Stadium against promotion-hopefuls Falkirk.

A crowd of 1,224 saw an entertaining and close contest on a dry but grey day which ended with a deserved share of the points.

Ian Murray's men had the better of the first half chances, but the Bairns had more of the play. Half-time arrived without a goal.

Sons improved throughout the second half, despite losing an early goal to Conor McGrandles, but had keeper Jamie Ewings to thank for some fine saves.

In the final minutes the home side took control, and the equaliser eventually arrived when sub Bryan Prunty latched on to a through pass from fellow sub Mitch Megginson and confidently beat the keeper, before celebrating with his seven year-old son Liam who was one of the ballboys behind the goal.

Gary Holt's side were on the defensive as full-time approached, and afterwards both managers expressed satisfaction with the outcome.

The picture shows Megginson firing in a shot.
Next
Previous