28/08/2013
DUMBARTON went out of the Scottish League Cup in the second round after a plucky performance at home against premier league side Dundee United. 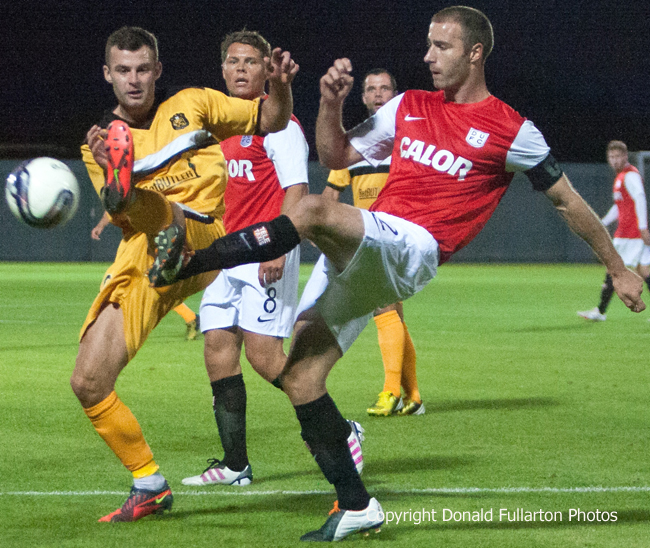 Previous
Next
DUMBARTON went out of the Scottish League Cup in the second round after a plucky performance at the Bet Butler Stadium against premier league side Dundee United — who netted a late winner.

Jackie Macnamara's United side, packed with big names including Scotland striker David Goodwillie,
found the home side battling every inch of the way and hard to work hard throughout a very entertaining contest.

The visitors had more of the possession in the first half, but it was Sons who took the lead in the 34th minute when Paul McGinn burst upfield and passed to striker Kevin Smith, who wheeled and shot past the keeper. They withstood the pressure and held on to the lead until the interval.

After the break United began to dominate again, and substitute Nadir Ciftci netted the equaliser on 69 minutes, before Ryan Gauld put them in front for the first time eight minutes later.

However Sons fought back and caused some real scares in the away goalmouth before Mitch Megginson equalised with a stunning curling strike from the edge of the box in the 87th minute.

It looked like extra time would be necessary, but home hearts were broken in extra time when Ciftci broke through to net the winning goal.

The picture shows Kevin Smith battling in the penalty box.
Next
Previous