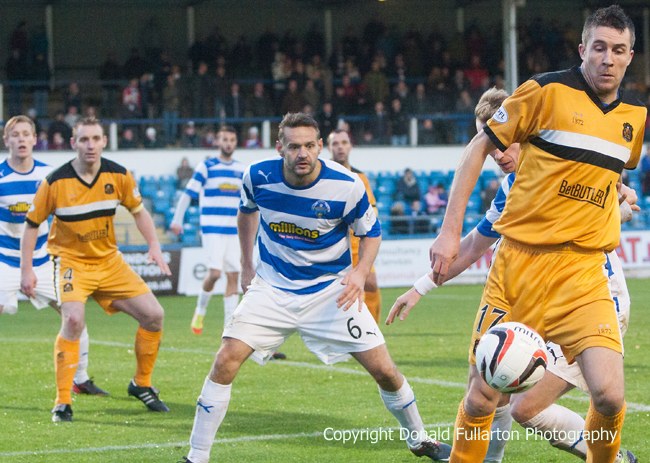 Previous
Next
DUMBARTON succumbed 2-0 to bottom of the table Morton at Cappielow in front of a 1,700 crowd.

It was a fairly even contest throughout and looked to be heading for a scoreless draw until the home side snatched the first goal and added a clinching second soon after.

Ian Murray's men started well with some promising attacks up the Cappielow slope, but Morton were also dangerous with striker Nacho Novo looking eager but missing a couple of good chances. Half-time arrived with neither side having any domination.

After the break it was the same pattern. Sons did attack, but the midfield failed to supply the strikers with worthwhile ammunition — and they paid the price.

Mark McLaughlin lost his marker at a free kick on the hour mark and headed Allan Moore's side into the lead. Peciar added a second from a corner kick, and the three points were clearly staying in Greenock despite some late Sons attacks.

The picture shows Sons striker Colin Nish keeping his eye on the ball.
Next
Previous