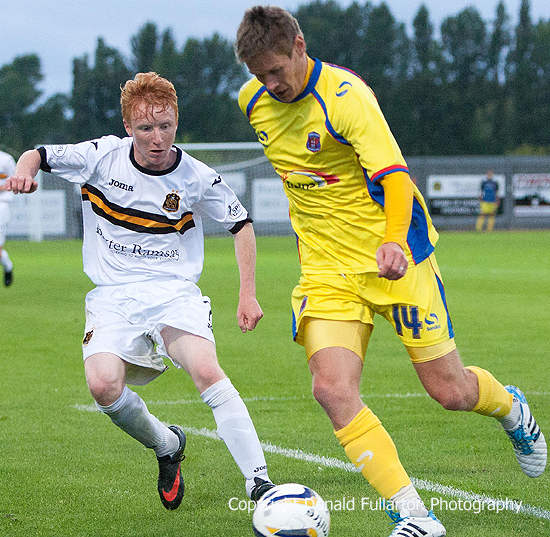 It was, as one fan put it on Twitter, a "numbingly boring game" — arguably the worst home game since the club moved from Boghead.

An unfamiliar Sons side was out of its depth in the first half, rarely crossing the halfway line apart from a few raids by pacey Archie Campbell, and the visiting keeper had hardly a save to make.

Carlisle did not look a particularly strong side, but they did keep attacking and opened the scoring when a low shot from David Amoo beat keeper Steven Grindlay.

The visitors continued to dominate completely after the break before the usual rush of substitutes, manager Ian Murray possibly breaking the record by sending on five at once.

The five included keeper Josh Lumsden, who was beaten late on by Kyle Dempsey for a second goal — but by them many of the fans had started the journey home.

The impression was that there was no great interest in this fixture. In which case, why did the club accept it? Those who attended deserve a refund.