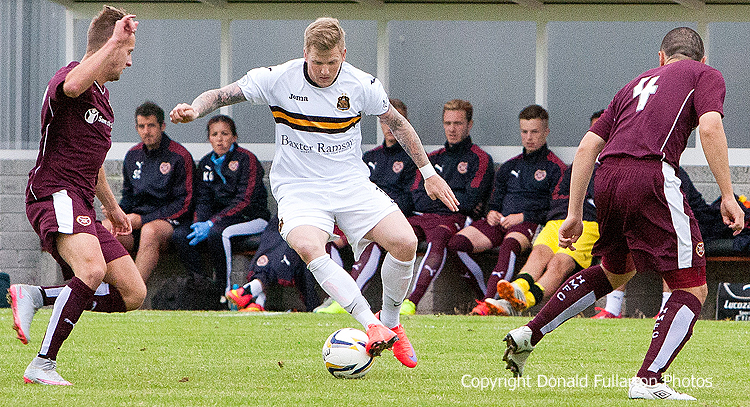 Having beaten Lowland League champions Edinburgh City 1-0 away in their first game a few days earlier, it was very much a new look squad which lined up against a mostly youthful team from last season's Championship-winning club.

Manager Robbie Neilson saw his side well beaten as Sons new signings gelled well and looked a very capable side.

Grant Gallagher opened the scoring with a header early in the first half, and Kevin Cawley made it 2-0 midway through the second period — and before Neilson sent on nine subs at once. But still Sons had the upper hand.