16/08/2015
DUMBARTON sit joint first in the SPFL Championship table after winning their first two matches — both against full time clubs. 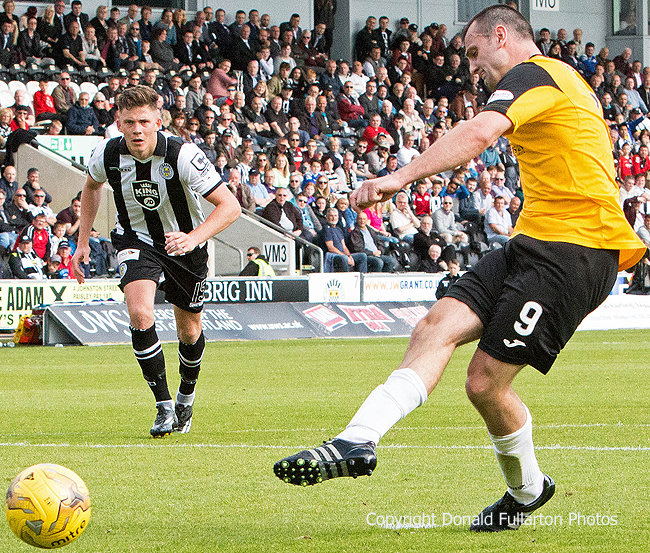 Previous
Next
DUMBARTON sit joint first in the SPFL Championship table with Queen of the South after winning their first two matches — both against full time clubs.

Stevie Aitken's men made the short journey across the Erskine Bridge to play for the first time at the trim new St Mirren Stadium, and shocked their former manager Ian Murray and a 3,500 crowd with a deserved 2-1 victory over his play-off hopefuls, following on their home win over Hibs by the same score.

The visitors absorbed some early pressure, but then came more and more into the game. Grant Gallagher and Steven Craig had chances, but the goal came — for the second week running — from a stunning Willie Gibson free kick after ex-Son Scott Agnew had fouled Kevin Cawley in front of goal and just outside the box.

In the second home the home side again started well and piled on pressure without looking too dangerous. But then Agnew hit a superb volley from 25 years out on the right which the keeper had no chance of saving.

The Buddies fans now expected their team to go on to victory, and Sons had to do a lot of defending.

However five minutes before full time Cawley broke forward, shrugging off defenders, and in the box he was flattened Barry Cuddihy. Up stepped Garry Fleming to net confidently (pictured), and it was celebration time for Sons and the travelling support — who cheerfully chanted "There's only one Ian Murray" to rub salt into the wound.

Dumbarton then ran down the clock, keeping possession well, until ref John Beaton finally blew the whistle to end an entertaining contest in the sunshine.
Next
Previous