18/09/2016
DUMBARTON came close to beating full-time St Mirren at the Cheaper Insurance Direct Stadium, but had to settle for a 1-1 draw. 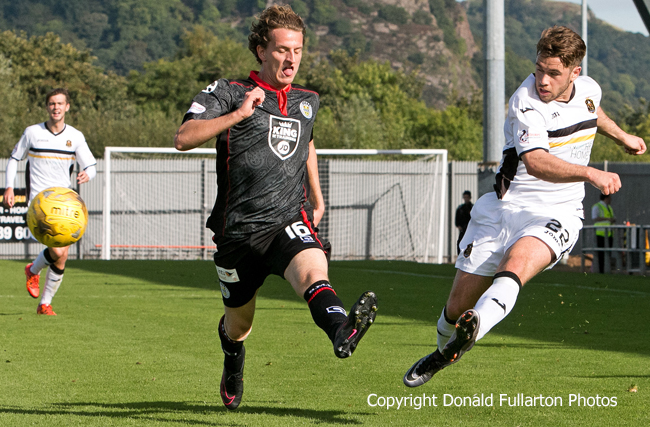 Previous
Next
DUMBARTON came close to beating full-time St Mirren in front of a 1,103 crowd at the Cheaper Insurance Direct Stadium, but had to settle for a 1-1 draw.

There were opportunities for both sides during the opening quarter of an hour. Robert Thomson and Daniel Harvey came close for Sons, with Gary MacKenzie almost getting a goal for Saints.

Then on 16 minutes Dumbarton opened the scoring. David Smith drove the ball across the six yard box and Andy Stirling was on hand to slot home at close range to give his side a 1-0 lead.

The match remained even until, on 41 minutes, St Mirren's loanee from Rangers, Ryan Hardie, found plenty of room in the box to place a header into the corner of the net and equalise.

In the opening spell of the second half Sons had a raft of chances but were thwarted by Saints keeper Scott Gallagher. Joe Thomson, Daniel Harvie, David Smith and Josh Todd all came close.

By 70 minutes Dumbarton appeared well on top, securing seven corners in a row. But still they could not find the back of the net.

At the other end it took a brilliant one-handed save from keeper Alan Martin to push a Callum Gallagher effort wide before Hardie came perilously close.

As the match neared its conclusion there was a frantic scramble by both teams in vain search of a last minute winner. But honours finished even.