18/12/2016
DUMBARTON pulled off a surprise and very welcome home win over promotion challengers Falkirk at the Cheaper Insurance Direct Stadium. 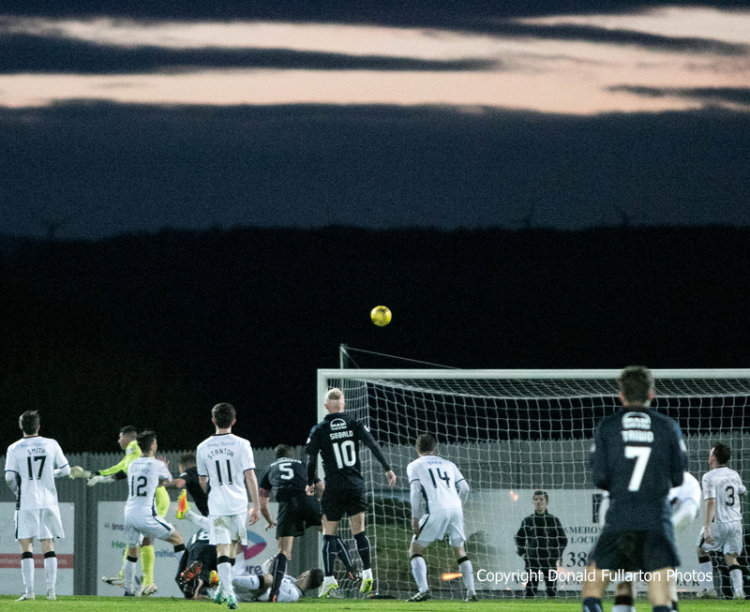 Previous
Next
DUMBARTON pulled off a surprise and very welcome home win over promotion challengers Falkirk at the Cheaper Insurance Direct Stadium in front of an 852 crowd.

Building on their brighter showing away to Hibs the previous week, Stevie Aitken's men showed confidence and attacking intent throughout a closely contested 90 minutes.

There was little to separate the two teams in the opening half hour, with Sons perhaps enjoying a slight edge.

John Baird had the ball in the net for Falkirk on 15 minutes, but the flag was already up for Peter Grant straying offside.

As the half drew to a close the Bairns pressed hard, forcing Sons back line to make some important tackles and clearances.

The reward for concentration and determination came on 43 minutes, when a corner whipped in to the front post was deflected into his own goal by Aaron Muirhead via man of the match Robert Thomson to make it 1-0 to Dumbarton.

Sons kept a positive approach going in the second half and looked in control of the game.

But then on 65 minutes, after a throw-in was not dealt with, Craig Sibbald fired home through a crowded penalty area past keeper Alan Martin to equalise for Falkirk.

Two minutes later Dumbarton were back in front. Sam Stanton set up Garry Fleming for a superb low drive into the far corner to make it 2-1 to the home side.

The match went end-to-end in the closing minutes, with both sides coming close in a thrilling finale.

The picture shows a Falkirk effort heading into the night sky.
Next
Previous