09/04/2017
DUMBARTON thoroughly deserved a point away to St Mirren with a fighting performance. 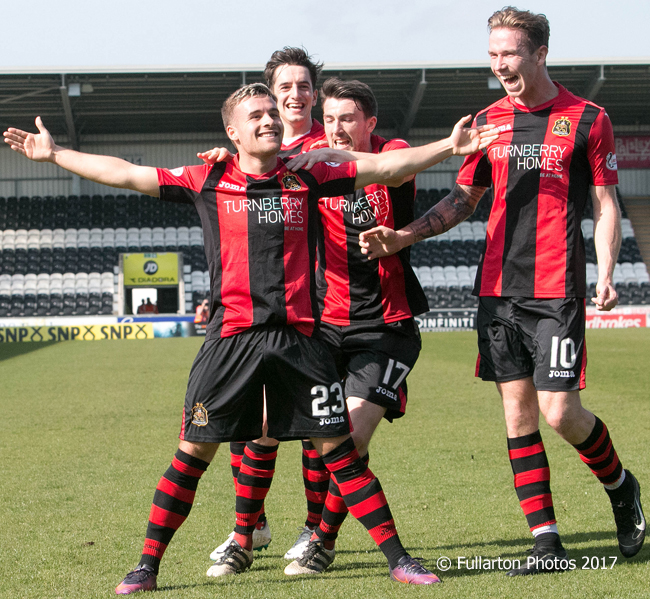 Previous
Next
DUMBARTON thoroughly deserved a point away to St Mirren with a fighting performance in front of a 3,600 crowd.

St Mirren drew first blood after just 10 minutes. Kyle Magennis tucked the ball under keeper Alan Martin inside the box to make it 1-0 to the hosts.

But on 36 minutes Sons were level against the run of play. A long ball fell to Lewis Vaughan, who fired high and home for the equaliser.

Two minutes later the referee awarded Saints a penalty for an apparent infringement by Darren Barr in the area. But the drama continued as Martin dived right to deny Rory Loy from the spot-kick.

The home side's frustration was compounded when their ex-Hearts and Hibs defender Adam Eckersley was sent off for a second yellow card on 90 minutes.

In the end it was a gutsy, crucial point for Sons in their Championship survival struggle. The result leaves the men from the Rock in seventh position in the table.
Next
Previous