07/05/2017
DUMBARTON could not manage to win or draw against Ladbrokes Championship promotion hopefuls Falkirk, but still finished eighth in the table. 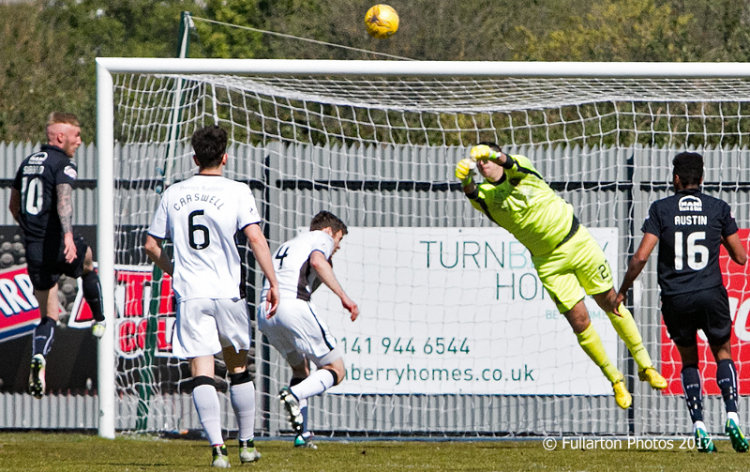 Previous
Next
DUMBARTON could not manage to win or draw against Ladbrokes Championship promotion hopefuls Falkirk at the Cheaper Insurance Direct Stadium, but still finished eighth in the table despite the 1-0 defeat.

A crowd of 1,620 saw Sons battle throughout, and they made sure or a sixth successive season in the second tier of Scottish football — and remain the best part-time team in Scotland.

The pressure was mainly from the Bairns for the first 20 minutes, with Nathan Austin and Luke Leahy coming closest for the away side.

Shortly afterwards Sons attacked down the right and Robert Thomson got on the end of Lewis Vaughan's cross, just clipping the bar.

The momentum stayed with Falkirk after the break, but Sons remained disciplined and resolute in defence.

A great chance fell to Sons on 67 minutes, as Sam Stanton played in Vaughan, but the ball flew over the bar.

Then on 85 minutes the Bairns broke through. A miscue at the back gave a close range header to Nathan Austin, providing the visitors with a late lead.

Dumbarton pushed back, but there was to be no equaliser. However, as referee Don Robertson blew the final whistle, Sons fans flooded to the front of the stand to acclaim their team loud and long.