SONS GET THE BETTER OF BANKIES

16/07/2017
DUMBARTON were on top for most of a well contested annual pre-season friendly against Stsagecoach Central League side Clydebank, and won 2-1. 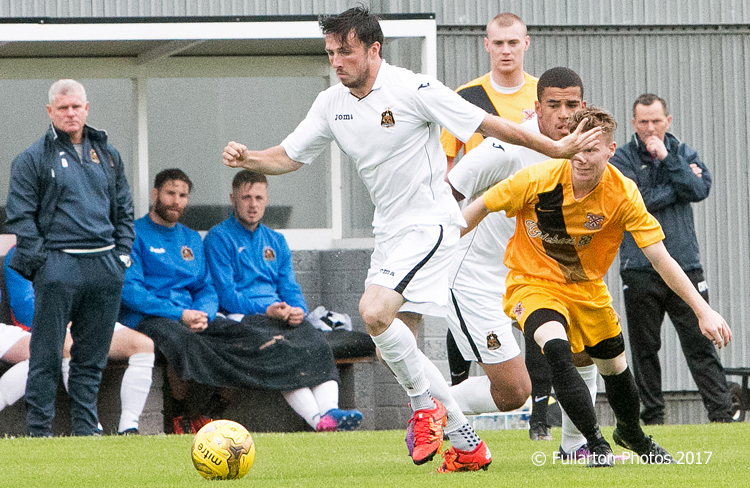 Previous
Next
DUMBARTON were on top for most of a well contested annual pre-season friendly against Stsagecoach Central League side Clydebank in front of a 300 crowd, and won 2-1.

Manager Stevie Aitken started with four trialists in the team and one on the bench. After the game Chris McLaughlin and Dougie Hill signed for Sons.

In difficult conditions, both teams produced an entertaining game with Clydebank opening the scoring through Jordan Shelvey.

Sons fought back and after a period of domination, a spot of opportunism by Calum Gallagher (pictured in action earlier) gave the home side the goal that brought them level.

The second half was mainly all Sons, and Mark Stewart scored a fine individual goal to give Dumbarton the win, meaning an unbeaten pre-season campaign.
Next
Previous