19/11/2017
A NARROW but fairly convincing Dumbarton victory over Elgin City saw them progress to the fourth round of the William Hill Scottish Cup. 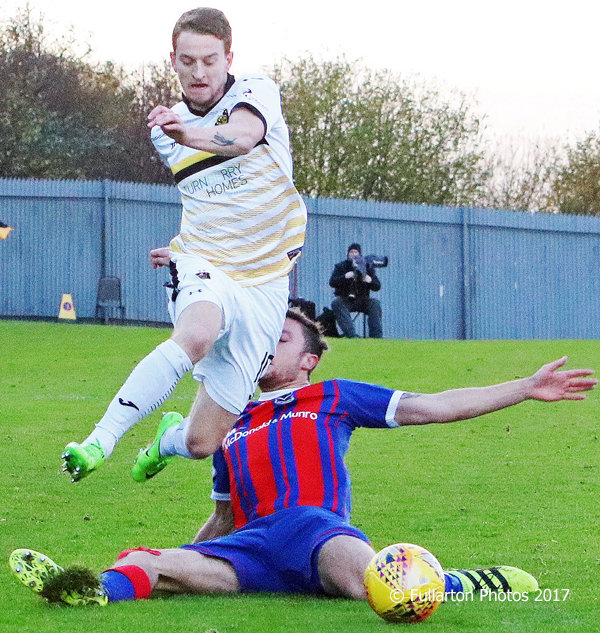 Previous
Next
A NARROW but fairly convincing Dumbarton victory over Elgin City saw them progress to the fourth round of the William Hill Scottish Cup in front of a 491 crowd at the YOUR Radio FM103 Stadium.

Stevie Aitken's men were on top for most of the game and won 1-0, but as they could not add to that total there were worrying moments.

The game started slowly, with Tom Walsh (pictured hurdling a defender) firing well over the bar a few minutes in, and keeper Scott Gallacher then making a fine stop to thwart the visitors.

Dumbarton spurned several other chances as the half progressed, but finally went ahead through a touch of fortune on 23 minutes.

Stuart Carswell saw his free kick take a deflection off the wall and wrong foot Elgin keeper Mark Waters before rolling into the net for 1-0 — his first goal in senior football.

Sons returned to the attack after the break, but struggled to turn control of the game into more goals.

As the game progressed, with Dumbarton failing to add to their tally, Elgin clearly sensed an opportunity and tried to press forward for an equaliser.

But Sons held firm and secured their place in the Scottish Cup fourth round draw.
Next
Previous