STUNNING GOAL BUT ONLY ONE POINT

26/11/2017
DUMBARTON came with in two minutes of victory against Dunfermline Athletic at chilly East End Park, but had to settle for a 2--2 draw. 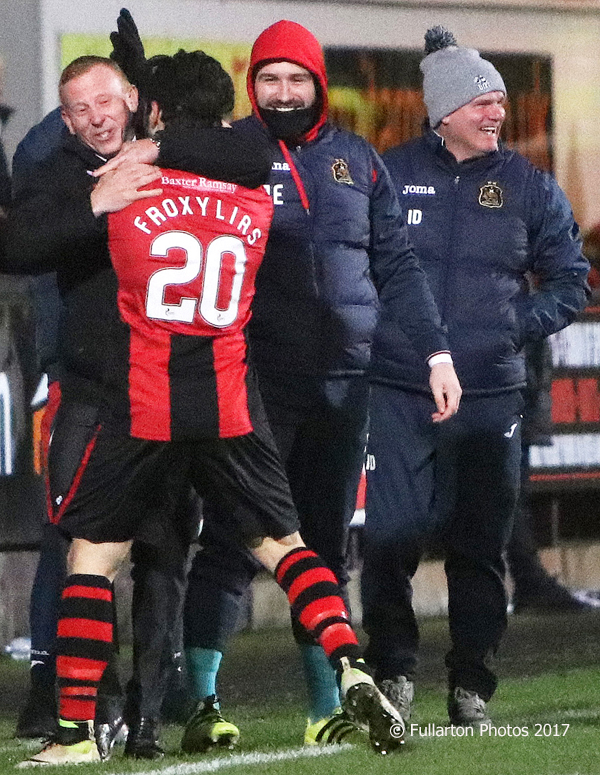 Previous
Next
DUMBARTON came with in two minutes of victory against Dunfermline Athletic at chilly East End Park, but had to settle for a 2--2 draw.

A 4,505 crowd saw the visitors take the lead twice with fine goals by Tom Walsh and comeback man Dimitrios Froxylias, only for the Pars to level each time.

Neither side could create more than a few half chances in the first 45 minutes. But if the first half had been fairly quiet, the second was rumbustious by comparison.

After the break Dumbarton picked up their third booking of the game when Sam Wardrop went into the book.

But the visitors also looked more aggressive. Tom Walsh forced a fine save from Dunfermline keeper Sean Murdoch on 48 minutes.

Two minutes later Walsh got the goal he deserved as he picked up the ball in the middle of the park and finished sweetly into the bottom corner of the net to put Sons one up.

The lead did not last long. Pars swept back, and on 55 minutes captain Callum Morris turned and fired home in the area past Scott Gallacher for the equaliser.

On 68 minutes Froxylias produced an absolutely stunning second goal for Dumbarton. His powerful, curved strike from 20 yards on the left side of the park flew past the keeper and into the top corner. His delight was obvious.

Sons hung on for another 20 minutes despite an onslaught from their opponents. But victory was not to be.

On 88 minutes Gallacher made a great stop for Dumbarton, but the rebound was put back in and Nicky Clark headed home to draw the game level.
Next
Previous