NO LUCK FOR BATTLING SONS

07/10/2018
DUMBARTON played well after a three hour diverted bus trip when they arrived at trim Stair Park, Stranraer, but luck did not reward their enterprise. 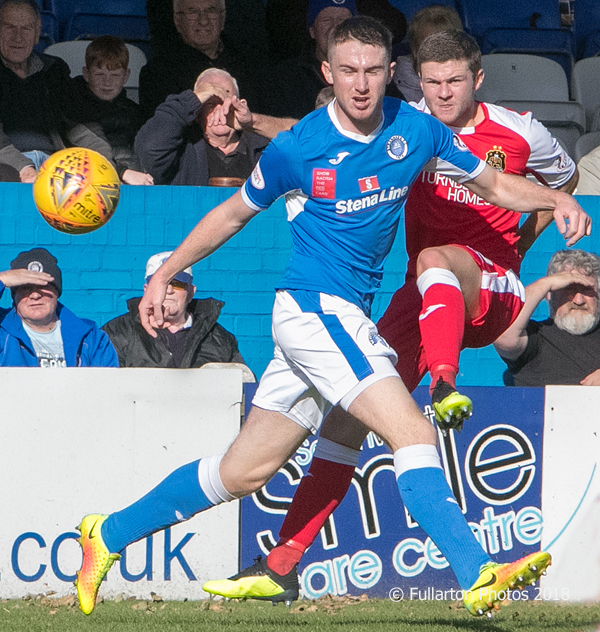 Previous
Next
DUMBARTON played well after a three hour diverted bus trip when they arrived at trim Stair Park, Stranraer, for a Ladbrokes League One clash, but luck did not reward their enterprise.

A crowd of 305 saw Sons manager Stevie Aitken face his former assistant Steven Farrell, the Stranraer boss, who is assisted by Stevie's brother Chris. In the home team was ex-Sons defender David Smith.

The visitors went behind after 11 minutes when Grant Anderson latched on to a long ball forward and lobbed 6ft 4ins debut keeper Robbie Mutch to score.

But a battling Sons side, once again ravaged with injuries, equalised only two minutes later when Ross Forbes scrambled the ball home.

Nine minutes from half time Stranraer regained the lead, David Brownlie converting from close range from a corner.

On the hour mark, though, another Sons debutant, Dom Thomas (pictured), saw a shot deflected into the net as Sons levelled for the second time.

Dumbarton continued to push forward but were caught out on 66 minutes when Paul Joseph Crossan bent home what proved to be the winner.

The only consolation for Sons was the return after several weeks out through injury of ex-Aberdeen forward Michael Paton.
Next
Previous