31/03/2019
A POOR performances by Dumbarton at the C & G Systems Stadium saw them lose 2-1 to League One bottom club Stenhousemuir. 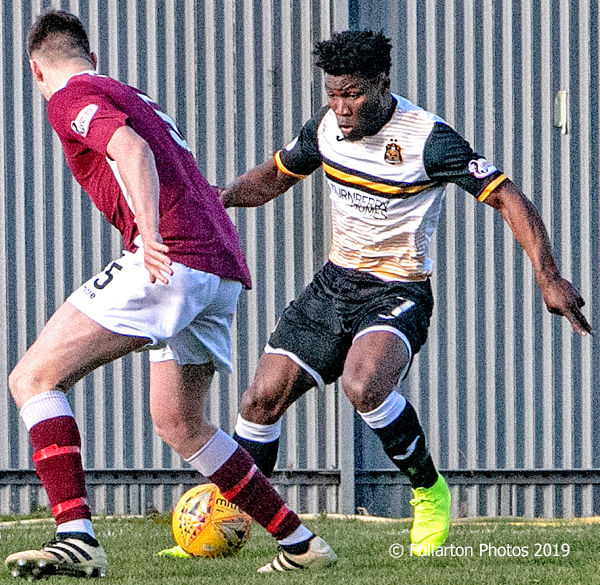 Previous
Next
A POOR performances by Dumbarton at the C & G Systems Stadium saw them lose 2-1 to League One bottom club Stenhousemuir — and now they face a battle to stay up.

For much of the first half Stenhousemuir were in control of the game and pressing Sons at the back.

On 27 minutes the visitors got their reward. Greg Hurst headed home from a corner to put them 1-0 ahead.

Dumbarton started to gain more possession in the early part of the second half, but could not translate this into chances.

But then 72 minutes Conor McBrearty won the ball in midfield and drove forward. Moments later his shot bobbled into the corner for 2-0.

On 85 minutes there was a lifeline for Sons. Craig Barr drove the ball home to pull a goal back.

But it was not enough, despite Sons coming within inches of equalising in a last minute goalmouth scramble.

Boris Melingui (pictured) was named Sonstrust man of the match for Dumbarton.
Next
Previous