07/04/2019
DUMBARTON moved further clear of the bottom three in Ladbrokes League One with a deserved 2-1 win over Brechin City. 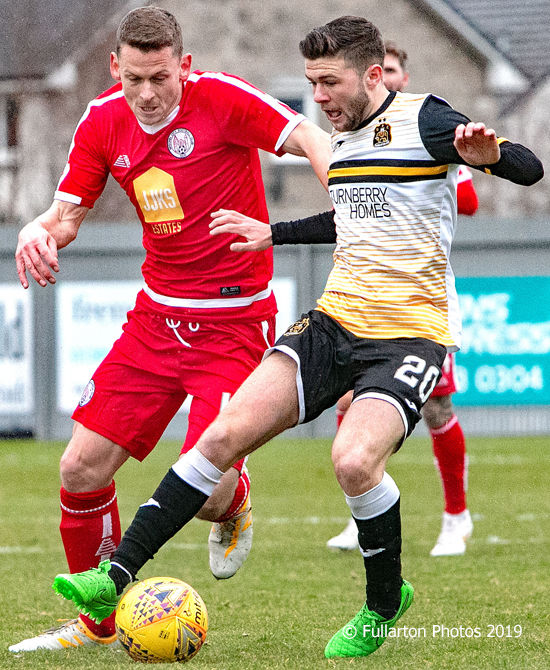 Previous
Next
DUMBARTON moved further clear of the bottom three in Ladbrokes League One with a deserved 2-1 win over Brechin City in front of a 531 crowd at the C & G Systems Stadium.

Brechin went ahead from ex-Son Dougie Hill on 17 minutes. But an own-goal by Lewis Toshney on 36 minutes and a Calum Gallagher headertwo minutes later saw Sons through.

Neither side added to the score sheet after the break. There was a blow for City just seven minutes into the half when Lewis Toshney went down in clear distress after blocking a shot and landing awkwardly. The defender was stretchered off the park

The win sees Dumbarton remain in seventh place in League One.

The men from the Rock are two points clear of Stranraer, four points ahead of Brechin and six points away from foot-of-the-table Stenhousemuir after 32 games.