14/04/2019
DUMBARTON gained an important point by drawing 0-0 with Forfar Athletic at Station Park in a game vital to both sides. 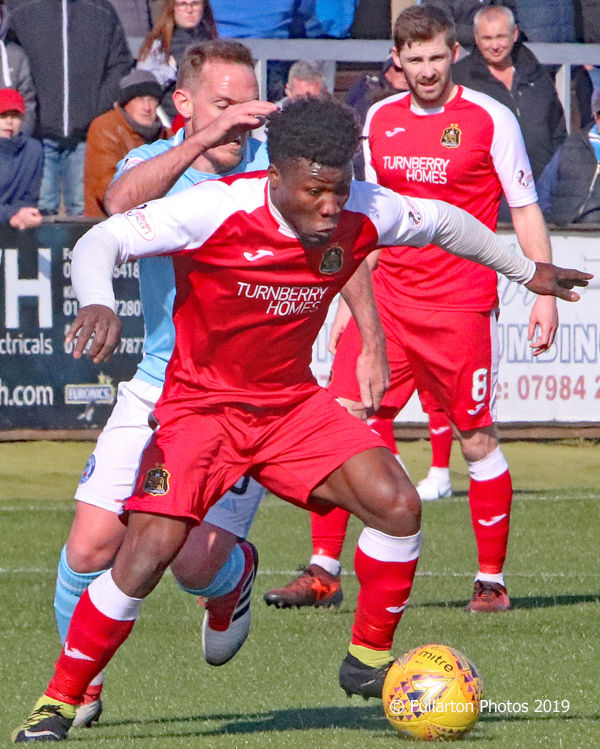 Previous
Next
DUMBARTON gained an important point by drawing 0-0 with Forfar Athletic at Station Park in front of a 554 crowd in a game vital to both sides.

Sons boss Jim Duffy named the same side for the third game in a row, but Stuart Carswell was injured in the warm-up and was replaced by Boris Melingui (pictured).

As the game progressed, the visitors had more shots and a little more possession. But neither side could find a way through, despite a number of opportunities at each end.

Chances were particularly scarce during the first half, with Dumbarton starting well and Forfar coming back into it as half time approached.

After the break both Craig Barr and Ross Forbes came close for Sons.

The draw leaves Dumbarton in seventh position in League One, on the same points as Stranraer, but with a superior goal difference — and four points clear of the drop zone with three matches left to play.

Failing to win meant that Forfar missed an opportunity to move into second place.
Next
Previous