08/07/2019
A DUMBARTON squad of 18 which included ten trialists pulled off an unexpected against Championship full-timers Dundee United at the C & G Systems Stadium. 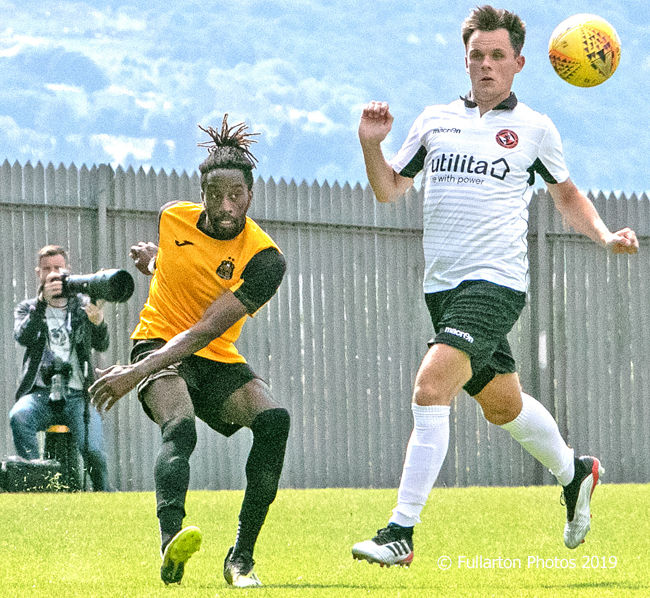 Previous
Next
A DUMBARTON squad of 18 which included ten trialists pulled off an unexpected against Championship full-timers Dundee United at the C & G Systems Stadium in their opening friendly.

With manager Jim Duffy needing to increase his squad, he saw several of the trialists rise to the occasion.

Captained by Kyle Hutton, Sons contained their Championship visitors in the opening 45 minutes, which ended goalless.

But the scoring was opened on 48 minutes when a Lewis Crawford cross caused a scramble which saw the number 16 trialist finish at close range.

United were level 10 minutes later when, having hit the post initially, they put the ball back into the mix and Lawrence Shankland headed home.

The lead was restored only seven minutes after that with another assist for Crawford. His through ball played in a trialist wearing the number 7 jersey, who finished.

With 14 minutes left United were awarded a penalty when Morgyn Neill got in a tangle in the area. Louis Appere converted from the spot to make it 2-2.

However, with 10 minutes remaining, the number 17 trialist, who came on as a substitute at half time, intercepted a slack pass and dribbled past the visiting defence to score.
Next
Previous