18/07/2019
DUMBARTON slumped to a 6-1 defeat against Championship full-timers Greenock Morton at Cappielow. 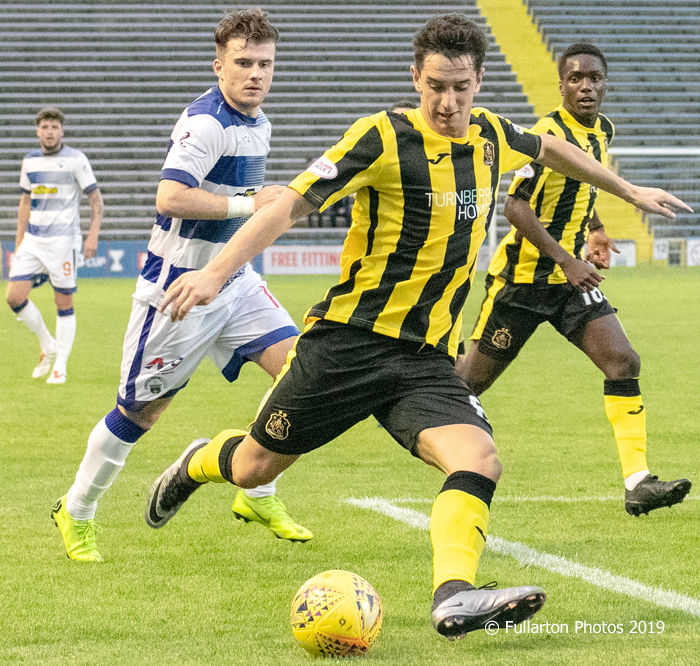 Previous
Next
DUMBARTON slumped to a 6-1 defeat against Championship full-timers Greenock Morton in a Betfred Cup group E match in front of a 1,228 crowd on a sunny evening at Cappielow.

After two early corners which did not trouble the hosts, a torrid evening for Sons — who were wearing the new home strip for the first time — started on 15 minutes, when a 'Ton cross from the left went in off the visitors' defence.

A minute later a corner bounced all the way to the far post and Peter Grant tapped home to put Morton two up. A third came six minutes later from Kyle Jacobs on the counter-attack.

Just after the half hour it was 4-0 to the home side, again from a corner, with Lewis Strapp slotting the ball home.

The final blow of the opening 45 minutes came on the stroke of half time, when John Sutton added a fifth goal for the Greenock side to go nap.

After the break Dumbarton tried to press back, being rewarded on 63 minutes when Morgyn Neil headed home from another corner.

While keeping 'Ton at bay for most of the rest of the half, Sons could not produce a full scale fightback.

Morton punished them again with a sixth goal on 69 minutes when birthday boy Bob McHugh capitalised on a poor defensive mistake.

Skipper Stuart Carslaw is pictured on the ball.
Next
Previous