21/07/2019
DUMBARTON scored first, but were then outclassed by Championship side Queen of the South at the C & G Systems Stadium in a Betfred Cup group E match. 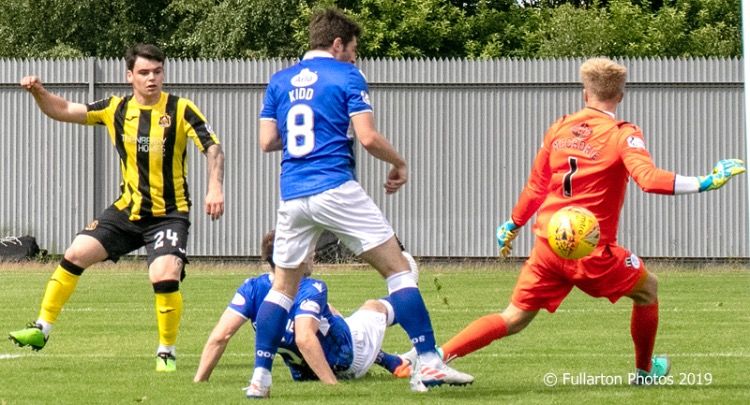 Previous
Next
DUMBARTON scored first, but were then outclassed by Championship side Queen of the South at the sunny C & G Systems Stadium in a Betfred Cup group E match.

In a frantic start to the game, Dumbarton were at first in front and then behind within the first 12 minutes.

On 7 minutes Ryan Tierney's ball to the back post found PJ Crossan, whose narrow angled shot was deflected in to give the men from the Rock the lead in (pictured).

From then on it went downhill. First ex-Son Michael Paton, then Gary Oliver and ex-Son Stephen Dobbie struck in quick succession to shock Sons, who were suddenly 3-1 down.

On 24 minutes Connor Murray made it four for Queen of the South, before Dumbarton started to get back into the game in the middle of the park.

With Lewis Crawford on for the injured Tierney, Sons started brightly after the break and began to look much more competitive.

But several good moves still could not produce a breakthrough, despite the solid effort, and in the end neither side could add to the scoreline.
Next
Previous