24/07/2019
DUMBARTON put on a much stronger defensive performance when they lost 2-0 at home to premier league Motherwell in their final Betfred Cup group E match. 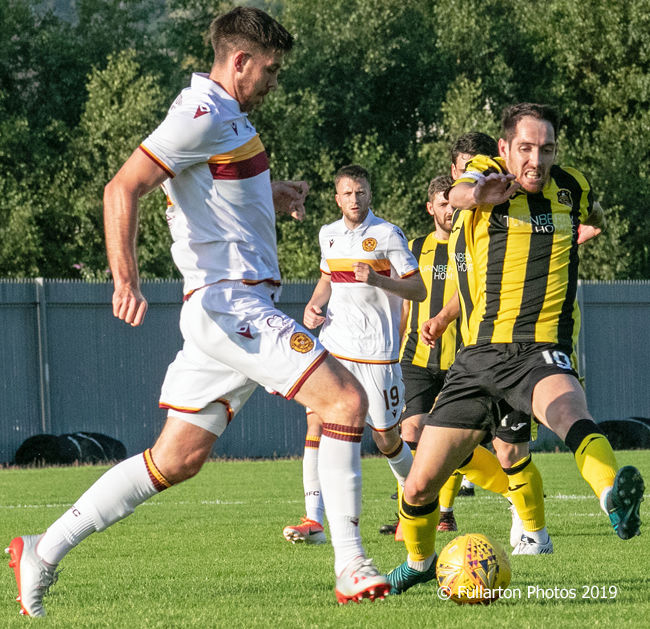 Previous
Next
DUMBARTON put on a much stronger defensive performance when they lost 2-0 at the C & G Systems Stadium to premier league Motherwell in their final Betfred Cup group E match.

A crowd of 1,349 — mostly Well supporters — watched the Sons go down to goals either side of the break.

Well brought a mix of youth and experience for this tie played in bright evening sunshine, and soon started to press forward aggressively, as expected.

The visitors dominated possession for much of the opening 45 minutes. But Dumbarton defended with tenacity and commitment, countering when they could.

On 42 minutes the assistant referee put his flag up for offside against James Scott, then put it down again. Play continued in the second phase and Christian Ilic slammed the ball home to give Motherwell a 1-0 lead at half time.

After the restart the visitors paced themselves but still kept up momentum.

On 76 minutes 'Well doubled their lead as Peter Hartley rose unchallenged to nod home a corner and seal the tie.

Stefan McCluskey is pictured battling for possession.
Next
Previous