11/08/2019
DUMBARTON'S new young side was thumped by full-time promotion favourites Falkirk at the Falkirk Stadium on an afternoon of sunshine and heavy showers. 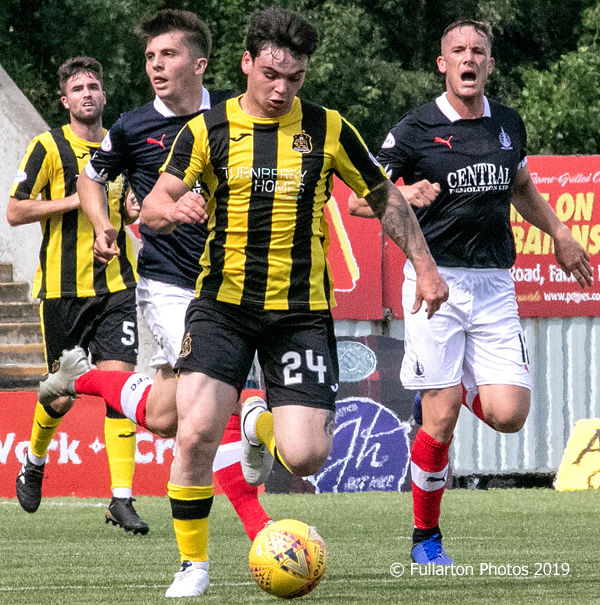 Previous
Next
DUMBARTON'S new young side was thumped by full-time promotion favourites Falkirk at the Falkirk Stadium on an afternoon of sunshine and heavy showers in front of a 4,060 crowd.

It was the worst possible start for a tentative looking Sons, who found themselves two goals down inside the first 11 minutes.

First, on seven minutes, Ryan McGeever was bundled to the ground by Connor Sammon but play continued and Sammon finished high into the net for 1-0.

Four minutes later Declan McManus nodded home from close range for 2-0. The same player slotted home a third and Charlie Tefler made it 4-0 before the half hour.

Things sank from bad to worse as Dumbarton missed a penalty when Cammy Bell saved from Joe McKee, before ex-Son Gregor Buchanan put in a fifth for the Bairns ahead of half-time.

The most misery continued after the break when Sammon made it 6-0 on 52 minutes.

From then on Dumbarton managed to prevent further damage and neither side added to the score sheet.

The picture shows PJ Crossan on the attack.
Next
Previous