COLTS EDGE SONS OUT OF CUP

15/08/2019
DUMBARTON found it was crunch time when they faced St Mirren Colts in the first round of the Tunnocks Caramel Wafer Cup at the C & G Systems Stadium. 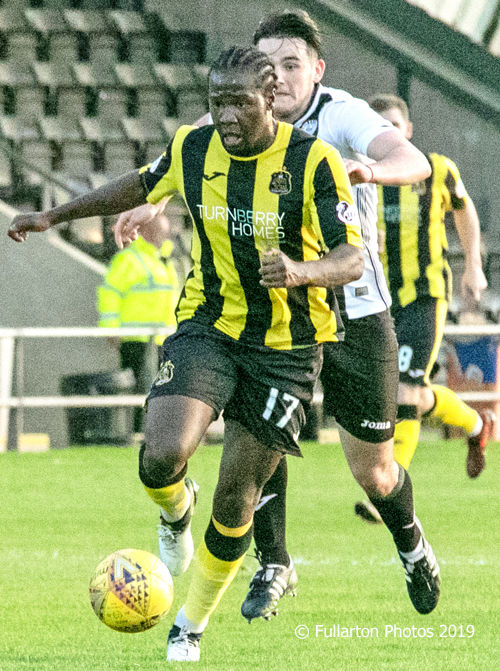 Previous
Next
DUMBARTON found it was crunch time when they faced St Mirren Colts in the first round of the Tunnocks Caramel Wafer Cup in front of a tiny 279 crowd at the C & G Systems Stadium.

And they were left with few crumbs of comfort after a 1-0 defeat by the youngsters from Paisley.

The first half was a level affair, with the two sides evenly balanced and few chances at either end.

However on 30 minutes the young Buddies broke the deadlock, when Josh Jack smashed in a free kick from more than 20 yards over the wall and into the net to give the visitors a 1-0 lead.

A few minutes before half time Kyle Hutton, on for Jordan McMillan, almost equalised. But his piledriving shot was very well saved by keeper Dean Lyness.

In the second half Dumbarton sought to up the tempo, with Isaac Layne (pictured) and Conor Scullion coming close on 54 minutes.

Try as they may, Sons simply could not find a way through for the remainder of the half.
Next
Previous