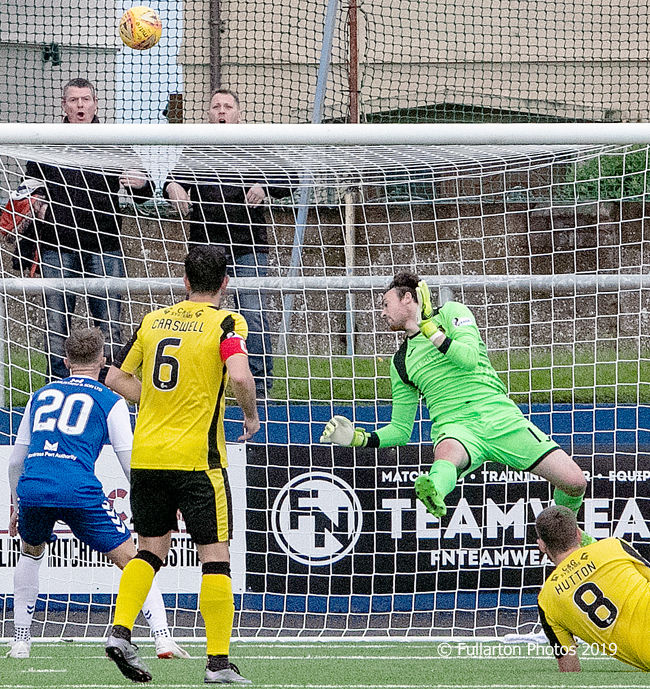 Previous
Next
DUMBARTON'S 2-1 win over Montrose in front of a 480 crowd at Links Park — their third win in a row — took them to joint top in Ladbrokes League One.

Layne snapped up two goals in the first half, as the Sons continued their good form to take a decisive 2-0 lead.

In the second half Montrose pushed back hard, hitting the net with 14 minutes to play when Blair Lyons converted from close range from a ball from the left, making it 2-1.

Right at the end Graham Webster fired a shot towards goal for the Gable Endies. But Brennan was on hand for Dumbarton to pull off an incredible save (pictured), tipping the ball over the bar and preserving all three points for the visitors.

Another positive result puts Dumbarton in second place in the division on nine points, just behind Raith Rovers on goal difference after five games.
Next
Previous