NO LUCK FOR SONS 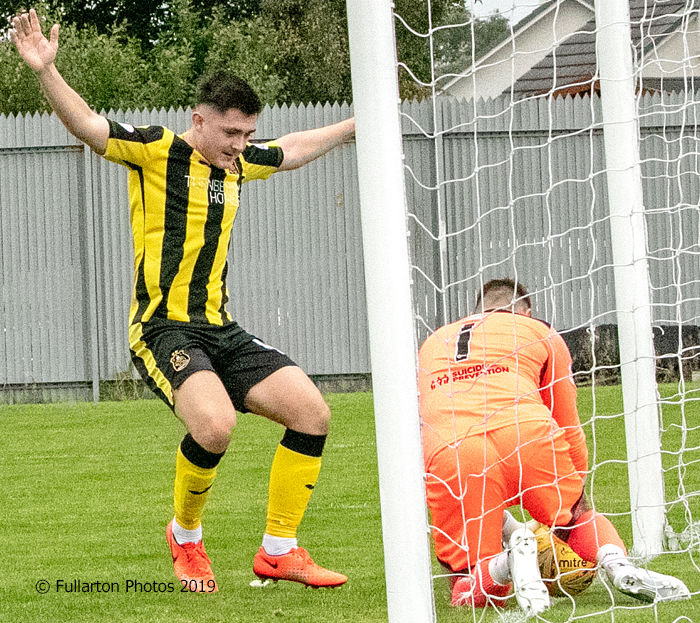 Previous
Next
DUMBARTON lost 1-0 to ex-manager Ian Murray's Airdrie side at the C & G Systems Stadium in front of an 831 crowd — but had little luck in front of goal.

Sons started well, stringing together some good passes and testing the Diamonds defence.

But as the half progressed Airdrie started to look stronger, pushing forward and protesting a penalty decision that went against them.

Then on 44 minutes Dumbarton failed to clear a corner and Paul McKay stabbed in the ball off the bar to give the visitors the lead.

Just on hal- time Sons thought they had equalised from Stuart Carswell but the officials adjudged that the ball had not crossed the line (pictured).

After the break Airdrie continued to press, while at the other end Isaac Layne hit the post with a close range reaction header.

Dumbarton kept the pressure up for an equaliser as the game drew to a close, but despite a number of near misses just could not find a way through.
Next
Previous