17/11/2019
DUMBARTON came so close to beating newly relegated Falkirk at the C & G Systems Stadium, but a late penalty gave the Bairns a draw. 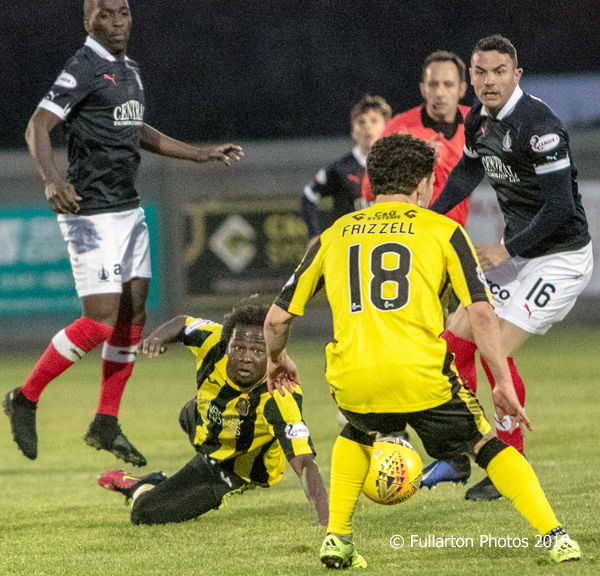 Previous
Next
DUMBARTON came so close to beating newly relegated Falkirk in front of a 920 crowd at the C & G Systems Stadium, but a late penalty gave the Bairns a draw.

The visiting supporters chanted throughout for their manager, Ray McKinnon, and their Board to be sacked, and after the game the manager and his assistant were sacked.

Isaac Layne (pictured later in the game) gave Sons the lead on the half hour mark as part of a resolute and determined first half performance.

There was more pressure to absorb after the restart but a firm defensive effort looked set to ensure all three points.

That was until referee Barry Cook decided on 89 minutes that Kyle Hutton was guilty of a handling offence in the area, and Declan McManus converted the penalty.

It was harsh on Dumbarton, whose efforts had merited the victory.
Next
Previous