LATE GOAL NOT ENOUGH FOR VICTORY

29/12/2019
DUMBARTON came close to winning their last match of the decade against Stranraer at the C & G Systems Stadium, but lost a leveller with two minutes to go. 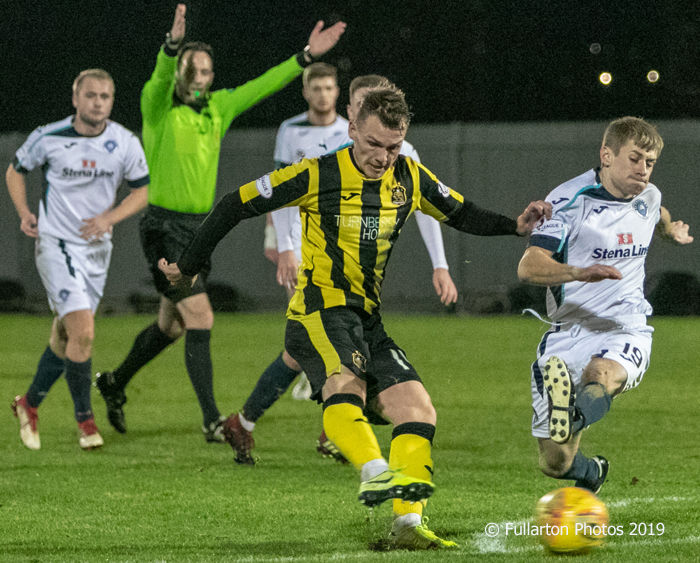 Previous
Next
DUMBARTON came close to winning their last match of the decade against Stranraer in front of a 656 crowd at the C & G Systems Stadium, but lost a leveller with two minutes to go.

In a generally scrappy first half both teams had their chances, but neither side could find a breakthrough.

At the beginning of the second half skipper Stuart Carswell looked like he would put Sons in front, but some sharp defending denied him.

Up until the final minutes it seemed as if the match would fizzle out into a goalless affair.

Then suddenly it burst into life on 85 minutes when Joe McKee drilled the ball from the edge of the box (pictured) and the rebound was fired home by Ryan Tierney.

But Dumbarton's lead lasted less than two minutes, as Stranraer burst back and James Hilton's looping header found the back of the net to make it 1-1.

The Sonstrust Man of the Match was hardworking Kyle Hutton.

The result leaves Sons in sixth position in SPFL League One at the end of 2019, with 28 points from 19 games.
Next
Previous