26/01/2020
DUMBARTON produced a very poor performance in the north east at Peterhead. 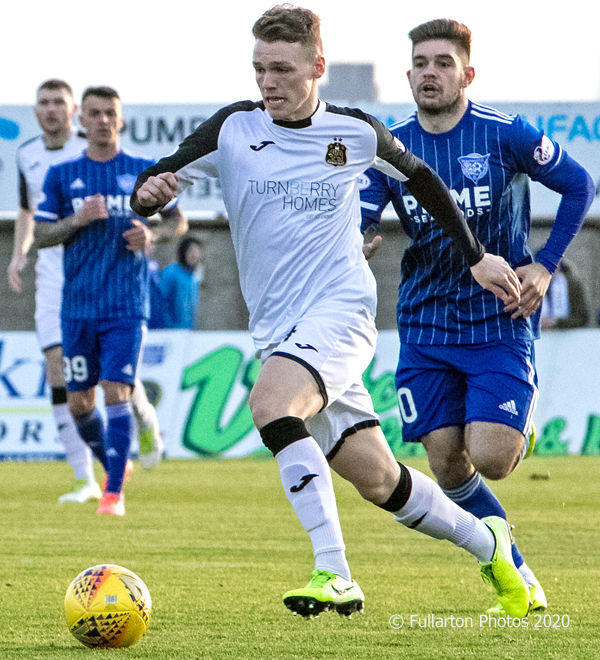 Previous
Next
DUMBARTON produced a very poor performance in the north east at Peterhead in front of 531 fans, including a sprinkling from Dumbarton.

They produced some nice play in the first half, but were over-run after the interval.

They survived a penalty and a second-half onslaught at the attractive and well equipped Balmoor Stadium, but eventually went down 1-0 to an 82nd minute goal from the hosts.

In the first half Sons came slightly closer to scoring, especially through Joe McKee (pictured) but neither side was able to break the deadlock.

After the break the visitors struggled to get a look in. Peterhead had a host of chances to go ahead, but could not take any of them.

Just before the hour the Blue Toon had a penalty, but veteran striker Derek Lyle blasted the ball over from the spot.

It looked as if Dumbarton might scramble to a point from a difficult away match.

Then with eight minutes to go Sons keeper Conor Brennan — who had a busy afternoon again - kept out another effort from Peterhead.

But ex-Son Ben Armour, now sporting a fulsome head of hair, was on hand to sweep the ball into the net and give the home team victory.
Next
Previous