03/02/2020
DUMBARTON finished on the wrong end of a 4-2 scoreline when they travelled to play East Fife at Methil. 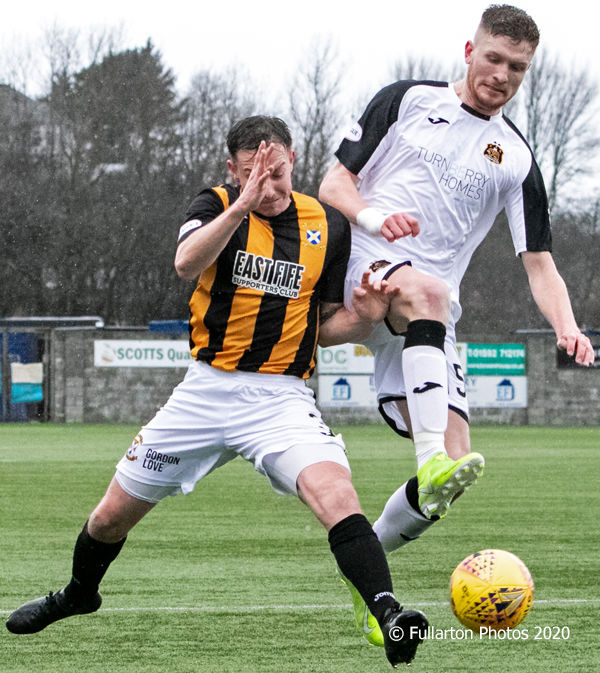 Previous
Next
DUMBARTON finished on the wrong end of a 4-2 scoreline when they travelled to play East Fife at Methil in an action-packed but ultimately frustrating game in front of a 536 crowd.

Just three minutes in, the visitors were a goal down. Ex-Son Scott Agnew's low effort took a couple of deflections, wrong-footing keeper Conor Brennan and trickling into the bottom corner of the net to give the Fifers a 1-0 lead.

Approaching the half hour, Dumbarton had the chance to clear from a corner. But they failed to do so, and Chris Higgins took advantage and lashed the ball into the net for 2-0.

The recovery began with the very last touch of the opening period. Morgyn Neill's header for 2-1 put Dumbarton back into the match ahead of the break.

On 59 minutes Sons were level at 2-2. A superb, harrying run from Stefan McCluskey forced an East Fife error, and Robert Jones (pictured) duly crashed the ball in from close range.

Ten minutes later the good work was undone. Stewart Murdoch had come close in the first half, but this time he made no mistake, with his looping header finding the net for 3-2.

The final blow came from Agnew once more. on 77 minutes when his trademark free kick from curled into the top corner to give East Fife a solid 4-2 lead.

There was no way back for Dumbarton after that. The defeat leaves Sons still in sixth place in SPFL League One on 28 points.
Next
Previous