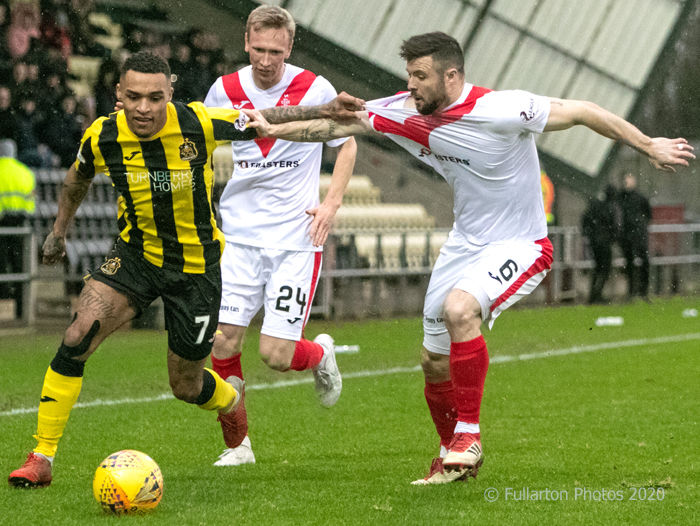 Previous
Next
APPALLING weather ruined Dumbarton's home league match against Airdrieonians in front of a shivering 594 crowd at the C & G Systems Stadium.

Jim Duffy's men took a valuable point from a 0-0 draw against ex-Sons boss Ian Murray's side in an otherwise dour contest.

A late change to the Sons side saw Ruaridh Langan replacing Joe McKee, who was injured in the warm up, as they looked to end a difficult patch with a result on home turf.

Along with rain, the swirling winds at the Rock played a major part in the match, making it difficult for both sides.

Jai Quitongo (pictured), Ross Forbes, Stefan McCluskey and Ryan McGeever were among those who came close for the home side either side of the break.

Meanwhile, keeper Conor Brennan rescued Sons just after the hour, when the Diamonds' Sean Crighton's pacey effort from a corner needed to be pushed away.

The result leaves Dumbarton sitting in mid-table in SPFL League One, perched in sixth place on 29 points.
Next
Previous