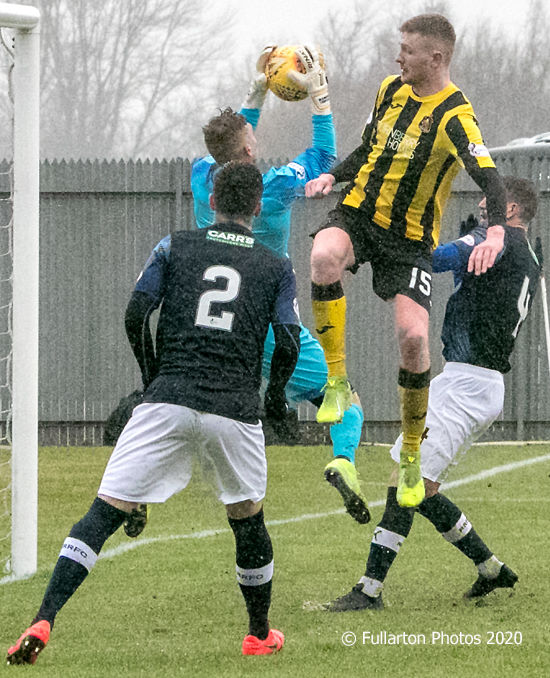 Previous
Next
A 94th minute long range shot from skipper Stuart Carswell gave Dumbarton a 1-0 win over League One leaders Raith Rovers in front of an 802 crowd at the rain-lashed C & G Systems Stadium.

Both sides struggled against the difficult conditions in a rainy and windswept first half, with neither teams finding a way through.

The second half looked as if it would follow a similar pattern for most of the time, with the game seeming destined for a goalless draw.

But in a dramatic last-minute turn, Dumbarton turned the match around and claimed all three points right at the end.

Stuart Carswell was the hero. His right footed shot from the centre of the box slammed into the bottom left corner of the Raith net on 94 minutes to give the home team the win.

Two victories in a week mean that Dumbarton sit much more comfortably in sixth place on 35 points, seven points ahead of Clyde and 11 points clear of the danger zone.